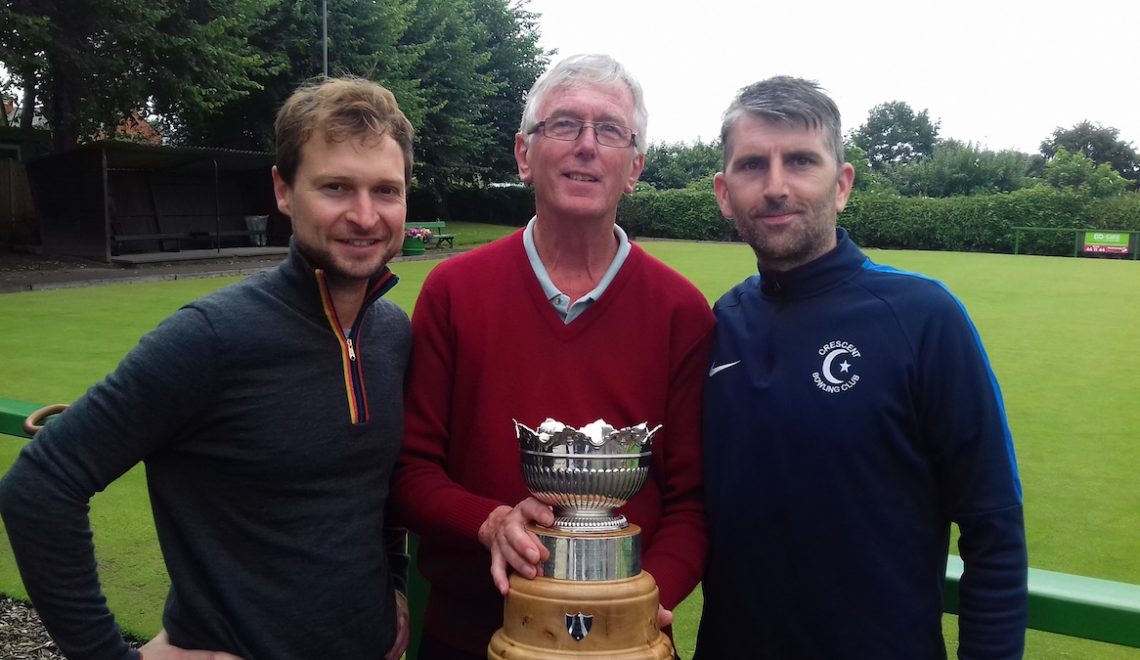 Mark Rogers of Crescent was the winner of the 2019 League Merit sponsored by Monkmoor Bathrooms. Returning to his former green at Castlefields he beat homester Russell Pugh 21-16 in the final.

His route to the final saw him beat Prince Hotel’s Chris Jones and last year’s winner Tracy Ryan 21-15 in the semi final, whilst in the quarter final he overcame another Castlefields bowler in Carl Wear.